Through music, students have opportunities to develop different parts of their brains by learning about patterns and notation, while also having a creative outlet to express themselves. At St. Louis Park Public Schools, students can start learning an instrument in 4th grade orchestra or 5th grade band. Band teacher Emily Bertram and orchestra teacher Tim Binger work with students at all the elementary schools and see the ways students flourish.

“The biggest asset of starting early is students get the experience of playing in an ensemble. A lot of school districts start in middle school, and there is already a lot that is new. Starting early gives students confidence and helps them to continue a lot longer,” said Ms. Bertram. 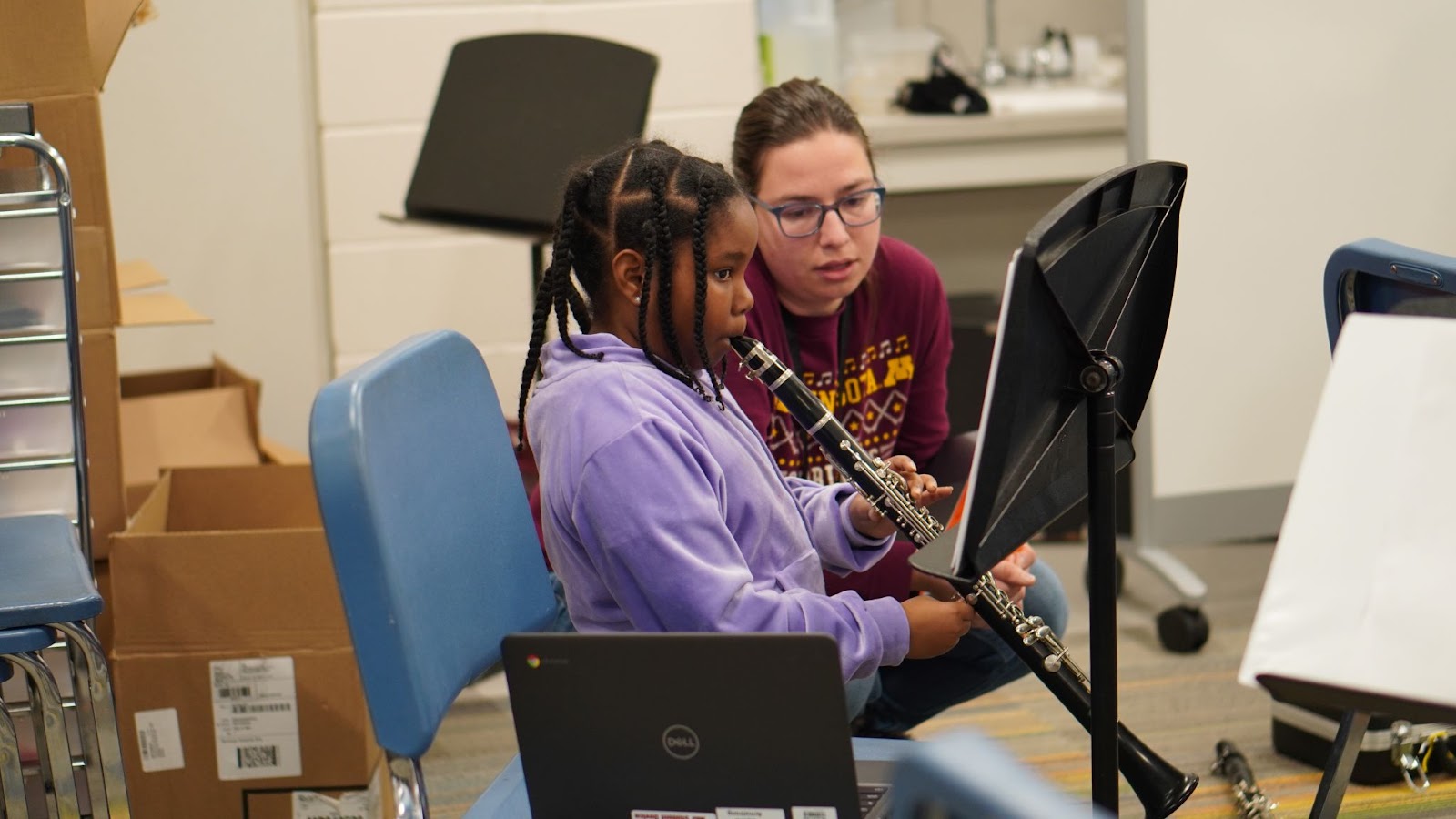 Both students in band and orchestra have weekly 30-minute sessions led by their teacher to learn more about their instrument. Students meet with peers who play the same instrument to practice individually and in small groups. Over the past few years, teachers developed ways to allow students to progress at their own rate, and one of the ways they continue to involve students is through a belt system. By practicing songs, counting beats and learning notes, students get more belts. Students who are unable to attend class can still advance by practicing and recording video submissions from home.

“All the instruments are very different whether it’s the notes or how the instrument is played. When we are at the beginning of the year, students need to learn the basics,” Ms. Bertram continued. One 5th grade student, Henry Whittet, started violin when he was a 4th grader. He had never played an instrument before, but gets invigorated by everything he can learn. When asked what he loves about playing he said “give me a sheet of paper,” so he could write down all his reasons.

Henry has been learning a lot in his short lessons with Mr. Binger. After reviewing a short selection from Jurassic Park, he was able to sight read the notes quickly, demonstrating his ability to hear notes and recognize patterns while keeping time.

Though students are learning more about their specific instrument, in the upcoming months, they will be coming together as full bands and orchestras where they will learn even more about instrumentation. The music teachers are getting excited to have concerts to showcase what their students have learned.

“Towards the end of April, we will be having the District Orchestra Festival, and in May, we hope to have a concert where students can get up on stage,” said Mr. Binger.

Elementary band students will be performing for the first time on March 9 in the District Band Concert, and orchestra students will perform at the District Orchestra Festival on April 24. For more information view the district calendar.